After a month and a half of intensive work, at noon on July 9 Beijing time, the international anti epidemic joint action team that bigfish participated in successfully completed its task and arrived at Tianjin Binhai International Airport safely. After 14 days of centralized isolation, representatives of member units selected by the joint action committee against epidemic diseases went to the isolation Hotel on July 24 to greet them. 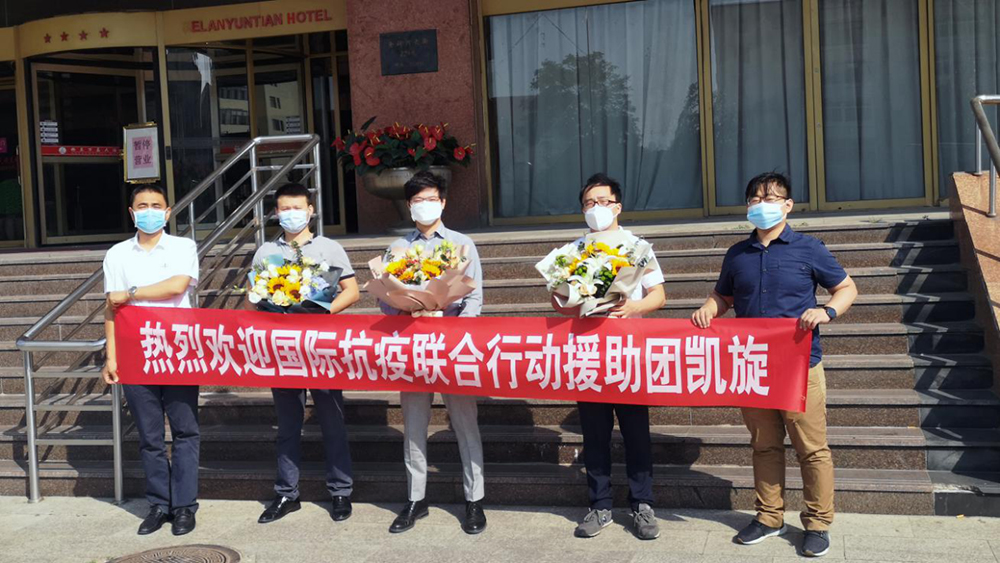 The joint action committee held a grand welcome ceremony for the members of the working group, and Liu Yu, general manager of China University win-win fund, presided over the welcoming ceremony. Changsha Yushen, standing vice Council of the Chinese Health Law Association, on behalf of the International Action Committee against epidemic diseases, awarded the medal to the member units of the working group such as bigfish biology, and expressed its gratitude and condolences to the working group. Shayushen said that as the first group of foreign aid members of the joint international action against epidemic, the working group has shown the good spirit of the young generation of contemporary China and the profound concept of the community of human health. At the same time, encourage members to summarize their experience in time and accumulate the strength to continue contributing to the work of anti-epidemic. Dong Bin, President of the Federation of Chinese and foreign entrepreneurs, also contacted representatives of member units at the welcoming ceremony. He said that the aid to Africa was a charity, benevolence and feat, which was highly praised by all parties, including the Ministry of health of Morocco. The influence of the international anti epidemic joint action is gradually expanding with the aid to Africa. In the future, the joint action will carry out more in-depth cooperation in Africa. At the same time, president Dong Bin conveyed the respect and thanks from the Moroccan ambassador toward the four rebels of the working group of China. 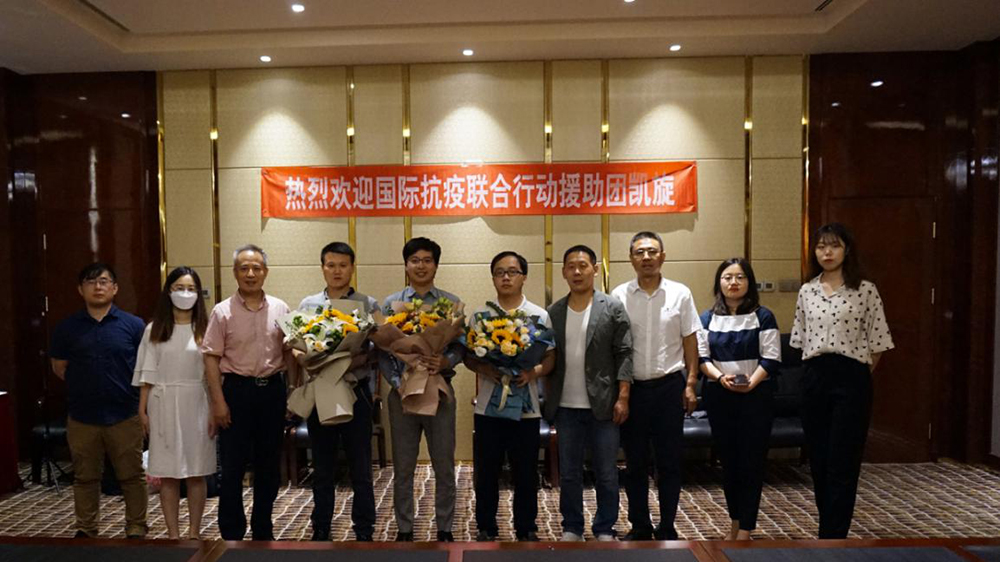 During his stay in Morocco, he went deep into the local laboratories and successively visited the National Institutes of Health (INH) in Rabat and Casablanca, the national gendarmerie laboratory and other inspection laboratories to communicate with the Moroccan experts about the problems and difficulties encountered in sample testing. After observing the laboratory staff’s testing methods and practical operation steps in detail, the working group analyzed various factors that may lead to the problems in detail, guided the laboratory staff to standardize the operation process and make English SOP files, so as to facilitate the technical personnel of Moldova to learn from them. The equipment and reagent of Beagle played an important role in preventing and controlling COVID-19 by Moore, and received the unanimous recognition and praise from Mohr and INH laboratories. The mountains and rivers are different, the wind and the moon are the same. In the era of globalization, countries in the world are increasingly inseparable and have become a healthy community. China has achieved great success in the prevention and control of covid-19 and accumulated rich experience. China has been actively fulfilling its international responsibilities and sharing prevention and control experience and materials with other countries in the world, including Morocco. As a member of Chinese enterprises, Hangzhou Bigfish Bio-tech Co., Ltd. is very honored to participate in the international joint anti epidemic campaign and show its corporate image and responsibilities.